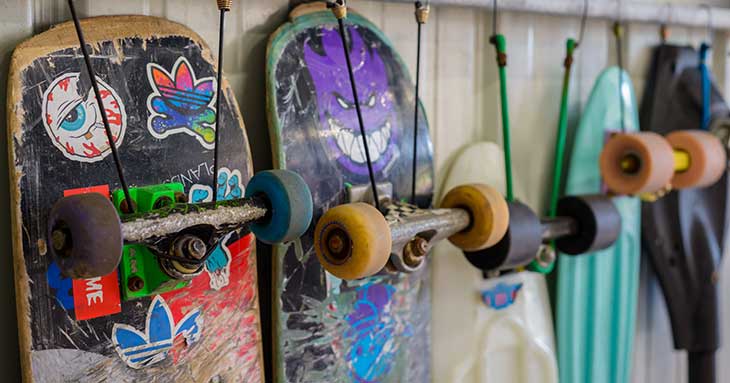 Top 14 Worst Skateboard Brands That Pro Skaters Do Not Recommend

The majority of skateboards in these situations are built with low-grade materials. These worst skate brands can ruin your riding experience and leave you frustrated.

You’ll need a top-quality board to ride on for optimal riding. However, with hundreds of variations on the market, purchasing a skateboard is one of the most challenging chores.

Let’s get acquainted with the worst skateboard brands, including Kryptonics, Globe, Airwalk, and a few more low-cost Chinese longboard manufacturers!

We have narrowed down the selection based on pricing, board quality, sturdiness, parts availability, and riding experience. Let’s take a look at what are the worst skateboard brands in 2022! 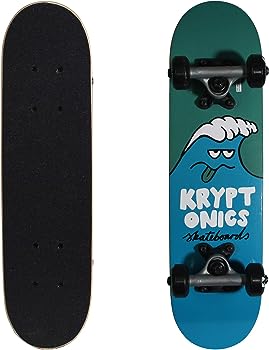 Let’s start with a brand that has sparked some debate on the internet: Kryptonics Skateboard. Even though the brand has a 4.8-star rating on Amazon and over 800 reviews, the typical skater has never heard of it.

Frequently, the parents buy the board and submit a review, not the child who has difficulty with it. They cheerfully give it a five-star rating since they left their poor youngster with a skateboard that even professionals would struggle to ride.

However, when we examine the evaluations of real customers who used the product, the picture becomes a bit less rosy. We found that the deck is cheap and feels like plywood.

Kryptonics was a fantastic brand back in the day, and there is some uncertainty about it now. They were among the first to produce wheels with bounce and solid decks in the late 1970s and early 1980s.

Kryptonics boards have a brick-like feel to them. There are plastic trucks and bushings, no flex in the deck, and ultra-soft cruiser wheels that feel like lead.

You should not purchase this board. They are a complete waste of money, and they are exactly as horrible as everyone claims. 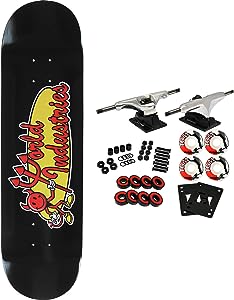 World Industries isn’t what it used to be, as much as it hurts me to say so. Despite being in business since 1987 and having such a well-known brand in skateboarding, the firm has changed the materials of their skateboard in the previous 20 years to save money.

Steve Rocco sold the firm, and today, like many other worst skateboard companies, World Industries skateboards are now built in China. This does not always imply that a brand is terrible.

However, their decks, made of inferior wood, are significantly heavier than a standard 7-ply deck. No matter how tight or loose you tighten the nut, the trucks’ bushings don’t respond, making it impossible to turn.

The decks of VIRO Rides are built of low-quality materials, making them one of the poorest boards on the market. The deck will not only not survive long, but it is also potentially hazardous.

Because their boards have no concave, executing flip stunts is difficult even for skilled riders. The low condition of the bearings, so the wheels scarcely spin.

To top it off, the paint on the trucks is quite abrasive, making it hard to avoid sticking when grinding, even on buttery ledges. 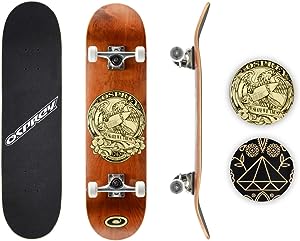 This skateboard is not meant for professional usage or for doing tricks and acrobatics.

With Osprey, the wheels-bearings combination will not get you very far. These are the worst bulletin boards we’ve ever seen.

When you look at the wheels, you’ll know that they have lines and are made of plastic. If you hit a rock, I’m sure they’ll lock up, and you’ll crash to the ground face first.

Their trucks are also made of plastic and are incapable of turning. Osprey skateboards are made out of a few pieces of skinny plywood, cheap plastic trucks, cheap hardware, cheap plastic wheels, their copies of top-brand deck designs, and a board that will shatter if you Ollie on it.

These boards are improving, but they will always have a horrible reputation. They are fine if you can’t buy a real skateboard, but you should save your money even then.

I’m not sure why old-reliable is so popular. Sure, their trucks aren’t the greatest, and their wheels aren’t the best, but Element may endure considerably longer than other companies.

Element is a poser’s favorite brand because it stinks. But we’ve had our Element for about six months and have seen some dry ships, dry cracks, and pressure cracks.

Skateboards by Mongoose are similar to skateboards from Kryptonics. As in, their internet reputation does not accurately represent the reality of the goods. Mongoose boards aren’t any better than Kryptonics complete, although costing twice as much.

Mongoose decks are thicker than most, having a 9-ply structure rather than the typical 7. You’d think the deck would hold up better, yet most decks are made of 7-ply maple wood. Above this, the weight reduces the deck’s bounce, making it more likely to shatter.

The board comes with Abec 1 bearings and composite trucks. The kind of vehicle the kingpin may shatter in two in the middle of a grind.

Mongoose gets a lot of flak, but I believe they’re fantastic for beginners. Once you get into tricks, though, they’re not as good since they’re hefty, but they’re still lovely boards.

I acquired a Zoo York board fresh and snapped it, performing it on the flat less than 24 hours later. Because I’m so light, weight wasn’t an issue for me.

I didn’t even stomp it, to be honest. It was chipping like crazy before it broke, and I have no idea why since I never did anything I hadn’t done hundreds of times previously on prior boards.

In my opinion, Zoo York isn’t an “excellent” skate business, but its boards are decent and of comparable quality to the other brands.

The decks have a lot of pop and are thick, and the designs are stunning. Depending on how frequently you ride, Zoo York boards may last a long time.

I acquired a Zoo York board fresh and snapped it, performing it on the flat less than 24 hours later. Because I’m so light, weight wasn’t an issue for me.

I didn’t even stomp it, to be honest. It was chipping like crazy before it broke, and I have no idea why since I never did anything I hadn’t done hundreds of times previously on prior boards.

In my opinion, Zoo York isn’t an “excellent” skate business, but its boards are decent and of comparable quality to the other brands.

The decks have a lot of pop and are thick, and the designs are stunning. Depending on how frequently you ride, Zoo York boards may last a long time.

I skated for two days until the deck split at the tail. It is of poor quality and will not endure long. I just squandered it on a shoddy deck, so I would not suggest it.

This board has so much flex that it seems like it’ll snap at any second. In reality, it shattered in front of the rear trucks after just 2-3 hours of a short flat ground session.

I attempted a low kickflip but failed to land any bolts. I could feel the tail flex and the board in the middle of the deck, where my front foot was, flexed even as I popped to do anything.

You should consider their promises about the board’s robustness, and I wasn’t anticipating it. Fortunately, I was going to use it on level terrain.

Because other individuals don’t appear to be experiencing the same issue, I’m wondering if it’s a production flaw.

Maybe this is an excellent maple substitute if you’re going to be pushing about and weight next to nothing?

Otherwise, please do your best to make your maple decks endure by filing and sanding the razor edges to lengthen their life. I genuinely wish this board was functional. It was very bright and airy. 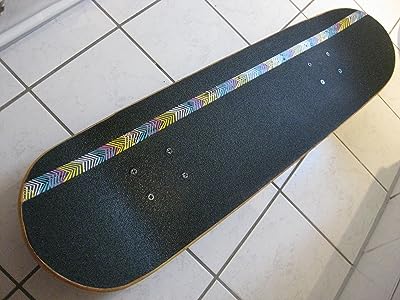 The logos peel right off, the tires are “9 plies,” and the wheels are some filthy urethane that can’t keep up with the rest of the car. It was so close to breaking my heart.

I’ve been hammering this board for over four months now, and the pop is still there. The only thing that bothers me about it is how adaptable it is.

When ollieing a four stair or higher, the landing will first feel like it is sinking into the board. You’ll be nervous even if you’re ready to execute a kickflip, tire flip, or anything else that demands placing your front foot on the mid-board.

People who claim to have owned their board for a year are either new to skating or don’t skate hard or often enough. No board can survive that long if you genuinely skate.

Anyway, Toy Machines are fine. I’ve skated them a few times and found that they chip easily and lose pop quickly; in any case, they’re excellent boards that don’t last very long. 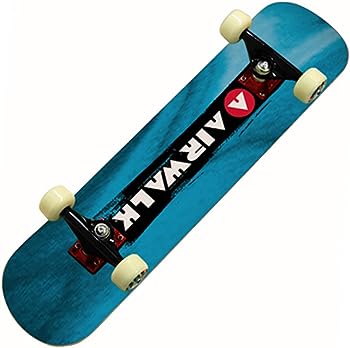 The skateboards have terrible wheels that aren’t even urethane, and their grips don’t even grip on the first day. I’m not even going to mention how thick their decks are.

You must break the rubber in the trucks since they are stiff. When I initially rode mine, I couldn’t turn! It’s a pain to use, and the grip tape and design are papery and easily peeled off. 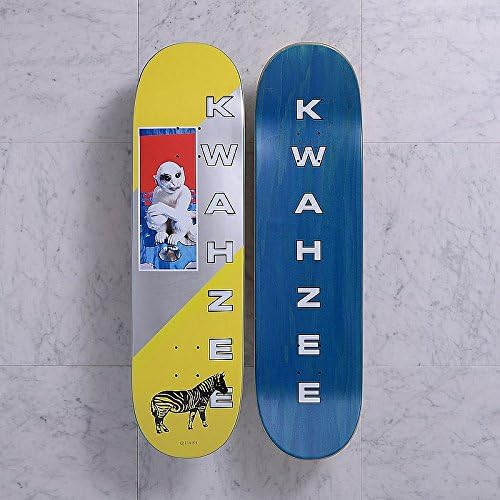 I noticed one of my wheels could barely spin the other day and attempted to loosen the bolt attaching it, but it wouldn’t move a millimeter. It seems that I will need to purchase new trucks or a new board.

Powell Peralta skateboards, in my opinion, are suitable for folks that want to ride and not do ticks. Once you start performing tricks, you’ll need a more sophisticated skateboard that isn’t as hefty.

Seriously, the one I bought was missing bearings, had shoddy trucks, and had no pop at all. This is as bad as it gets. 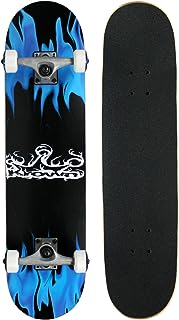 KROWN’s deck is of poor quality, becoming mushy and wet after just a few hours of skating. The trucks are the ones that ruin the product since they aren’t exceptionally responsive or reliable to grind on.

What you pay for is what you get—a meager cost for a mediocre skateboarding experience. Maybe the boards will become better in the future.

1. Why are Walmart skateboards bad?

Because the wheels are often out of round, they wobble. They have an unattractive concave (curved form) and are unpleasant to wear.

It would be best to avoid Walmart skateboards since they are low-quality and dangerous. The vehicles are made of low-cost materials and are prone to breaking.

2. Is Element a bad skateboard brand?

Overall, Element is a fantastic, well-known skateboard business, but it all relies on your particular preferences.

3. What is the rarest skateboard in the world?

Blowin’ in the Wind is the most uncommon skateboard. This board was hand-written with a song excerpt and signed by Bob Dylan personally. Jamie Thomas, a skateboarder, added his twist to it.

We strongly advise novices to get an authentic skateboard as soon as possible. There’s no need to go overboard; you should set a budget for your skateboard.

Avoid the worst skateboard brands, whether you purchase them at your local skate store or online. Don’t squander your money on low-cost skateboards. Instead, invest in a skateboard that is highly rated by users and specifically tailored to your level.