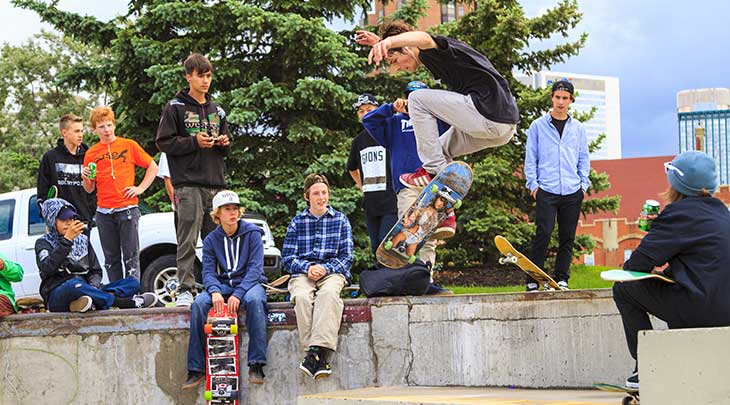 Why Is Skateboarding So Popular These Days? 5 Reasons

Since its birth, skateboarding’s popularity has gone through many ups and downs.

The sport is about to reach its golden era as new and re-engaging skateboarders are jumping on the board and having fun during the pandemic. It enjoys the biggest growth in popularity since the last boom in 2000. So, why is skateboarding so popular?

The Evolution Of Skateboarding

Skateboarding was invented in the late 1940s, or perhaps early 1950s when the surfers in California were looking for ways to emulate surfing elsewhere when the waves were flat.

Not long before, a handful of surfing manufacturers began to build the first skateboards that resembled a surfboard and commercialized this discipline in the 1960s. From that point, the skateboard’s status went from a recreational tool to sports equipment.

An increasing number of people started riding their boards in vert ramps or backyard pools. The need for a place dedicated to skateboarding shot up, and the term “skate park” was coined.

Another hallmark of this sport is the first skateboard contest held in 1963 in Hermosa Beach, California, attracting around 100 attendees.

Alongside these dominant magazines, smaller ones also debuted, and an increasing number of skate shops opened; skateboarding continued to gain popularity.

In the late 80s, street skating appeared, and pioneers, such as Rodney Mullen, Mike Vallely, Mark Gonzales, and many legends, shaped the way skateboarding became for decades later.

From the mid-90s, skateboarding continued to grow with mega-events such as X-Games competitions arriving and being televised to a wider audience.

Tony Hawk’s Pro Skater video games were a huge success and served as a digital ramp for many skaters. Not only succeed in sales, but these video games also help usher skateboarding underground culture into the mainstream. 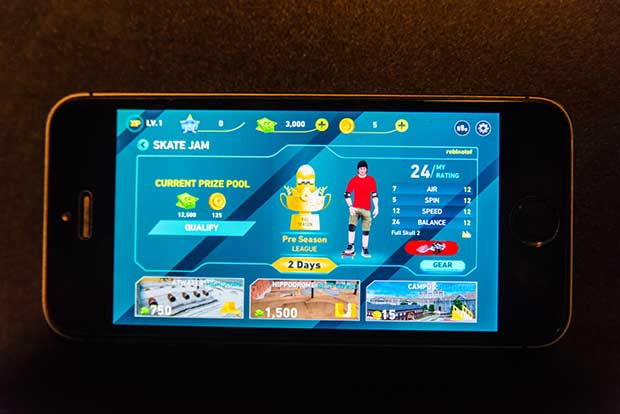 During the 2000s, many skateboard brands and manufacturers emerged, and even big sports brands like Adidas or Nike also jumped on the bandwagon.

The arrival of social media is a total game-changer to the sport’s popularity and status. Thanks to YouTube, Instagram, etc., many skaters can now turn their life-long passion into a serious career by posting their videos on these platforms.

Skateboarding has already made its Olympic debut at the Tokyo 2020 Games, and this sport is certain to enjoy the next high phase in the near future. 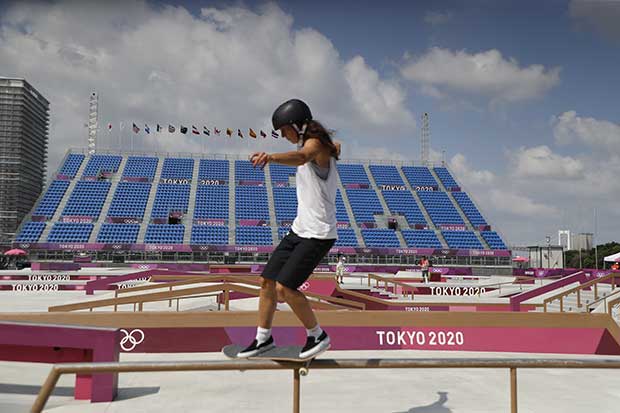 Skateboarding Made It To Olympics Tokyo 2020.

Why Is Skateboarding Popular?

Skateboarding is a physically demanding sport that helps build your core and cardio strength. Pushing the board, performing tricks, and other techniques gradually enhance the skater’s flexibility and body coordination.

Once you get the hang of the basics, the sport is a fun and challenging way to train your muscles and keep your body in shape. 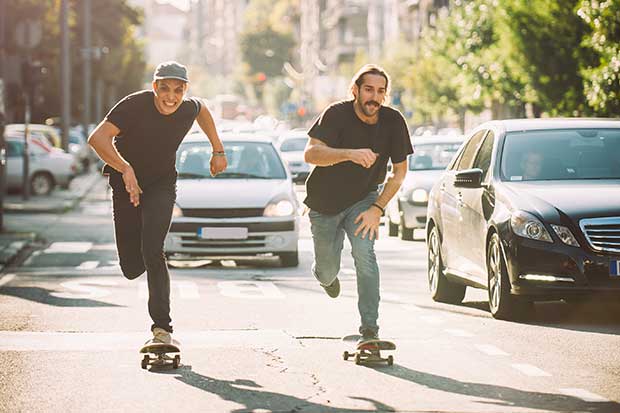 Skateboarding Is A Rigorous Exercise.

You may never land a trick, or even worse, fall off the board without proper attention. Thus, skateboarding takes your mind away from whatever stresses you in the day.

When you conquer big obstacles like handrails, big stairs, or curbs, you feel a sense of joy and accomplishment.

Even simply cruising is a form of escapism. The moments you glide through the air while letting your body relax and the breeze blowing in your hair and face can be so therapeutic. 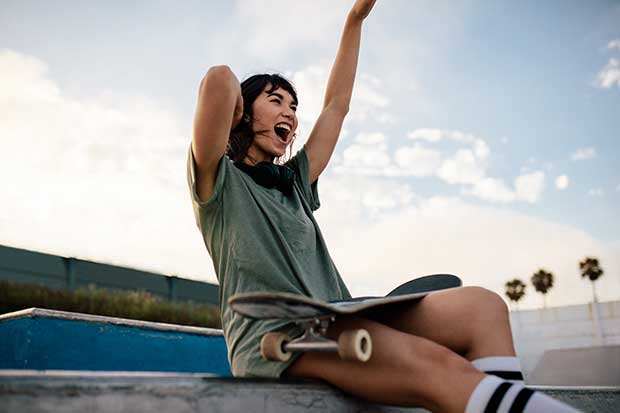 Most importantly, people are feeling trapped and isolated these days during the lockdown. Skateboarding is a great way to ease up the tension and make you feel free in your surroundings.

Skateboarding As A Career

In the past, people did not take skateboarding seriously as a career. Things have shifted drastically; let’s not forget the winners of tournaments or competitions who brought home handsome cash prizes. 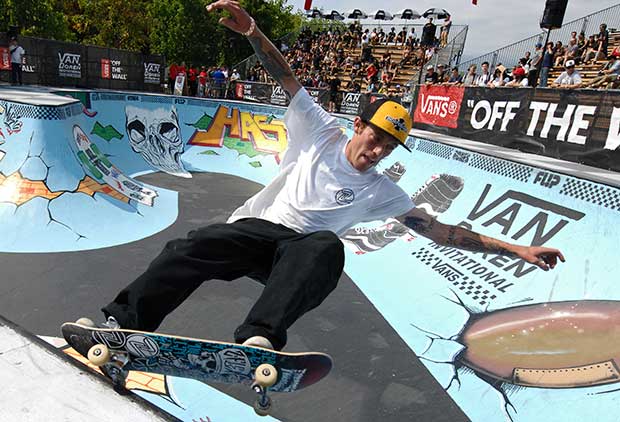 An Athlete Competing In A Skateboarding Competition

Especially now that the sport has become an official Olympic discipline, avid skaters can follow their passion while making a living out of it.

Not to mention that social media has provided a global stage for skaters to display their tricks and skills. They are making a career from filming their skating footage.

Suitable For Every Gender

Skateboarding used to be predominantly males dominated in the early days. But what has been considered an aggressive sport is now a level playing field for every gender. 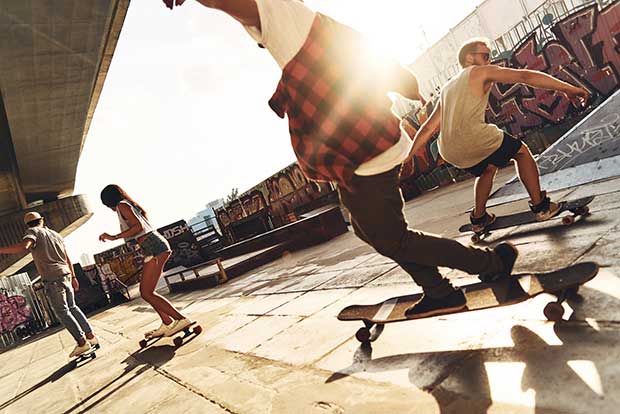 Skateboarding Has No Barrier.

Now there is no barrier to taking up skateboarding. Skateboarding at Tokyo Games features both women and men competitions in park and street events. The number of female skateboarders is way up, and many of them are making a living as professional skateboarders.

Many female skaters noted a sense of support and community that they had never experienced before outside skateboarding.

One of the main perks of skateboarding is its affordability. You don’t need to shell out money for expensive equipment required by some other sports.

All it takes for a good game is a quality skateboard and protective gear such as helmets, elbow and knee pads, and a decent pair of shoes with non-slip soles. 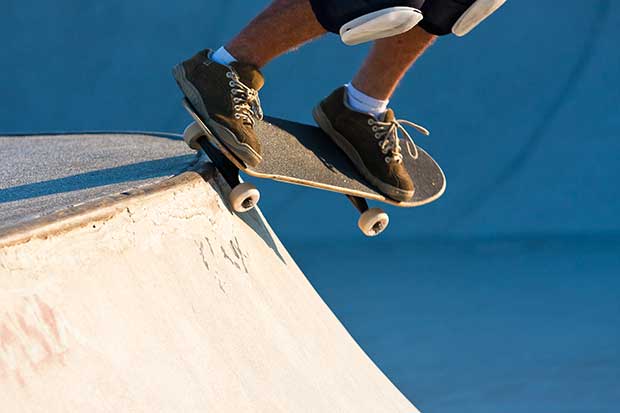 Skateboarding Is Accessible For Everyone.

It’s open to everyone and every budget, and what you’ll get in return for the initial investment is massive. Skateboarding is a rigorous workout, a way to connect with more people, a form of expression, and much more.

The evolution of social media has revolutionized the way people access skate photos and videos. Online platforms have brought attention to skilled skaters who would otherwise never have been heard or seen by the world.

There used to be a lot of anticipation since people had to wait for months for new skateboarding to be released in the past, while new videos are currently published every second through social media feeds. 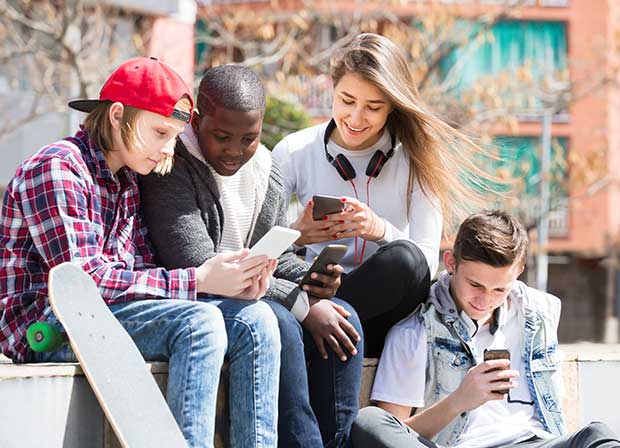 Skating Videos Are Released At A Faster Pace Through Social Media.

Some teams focus their attention on putting out videos on Instagram or YouTube monthly or weekly to gain viewership.

Thanks to social media, many skateboarders can make a living out of their pastimes. They now can film their skateboarding footage, post it on various platforms, and earn money from views or sponsors. 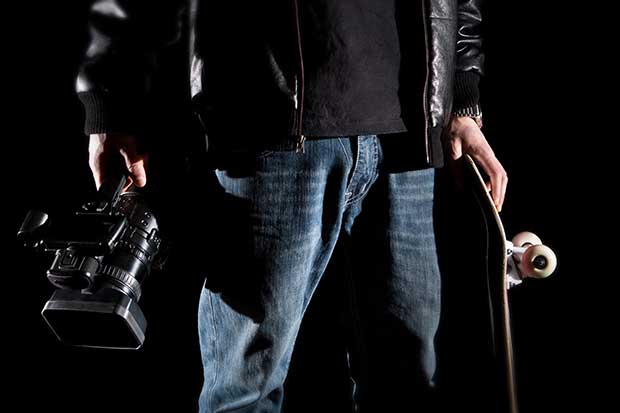 Also, learning skateboarding has never become easier. There’s a ton of online resources for beginners to get started.

It came as little surprise when someone in China landed a new skateboarding trick, and seconds later, a skater in California watched the video and successfully pulled off the same trick.

The growing popularity of skateboarding is an unlikely by-product of the pandemic. Skateboarding is a perfect solution for those who want to stay in shape during the COVID-19 lockdown. The sport requires no other thing than a patch of flat growth and a board to get started.

Skateboarding is an individual activity, and as long as you adhere to all the Corona safety rules and maintain a safe distance from other people, you can still keep your body active and have fun during the pandemic.

So, is skateboarding becoming more popular? Yes, the spike of the sport is not solely attributed to young male skateboarders. Female skaters, older generations, and children are dipping their toes in the trend.

Skate shops are enjoying a growth in sales during this tough time, with complete skateboards being the best sellers. 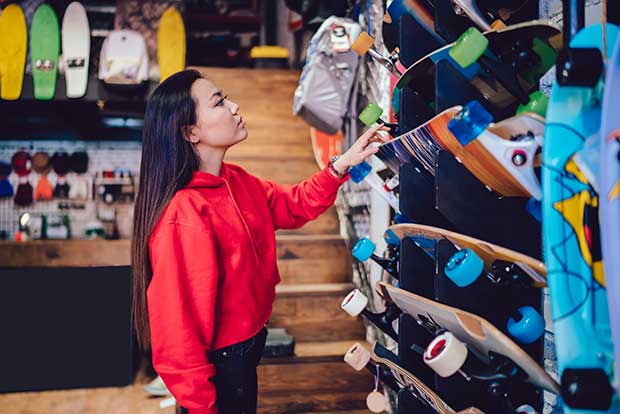 Skate Shops Are Enjoying A Boost In Sales During The Pandemic.

Indeed, this year records a global shortage of skateboards; skate shops see continuous peaks in sales. To many people, skateboarding is a form of escapism during these tough times. Jump on the board, skate with your loved ones, and everything feels normal. 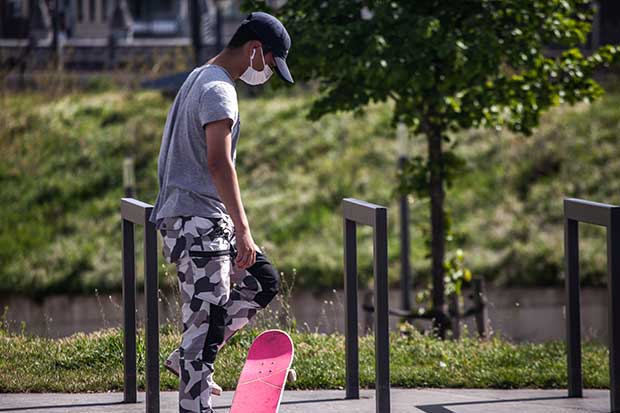 Skating Is A Form Of Escapism.

This unprecedented popularity of skateboarding is unexpected to many people. Most anticipated a boost following the Olympic Games but never expected such a spike followed the COVID-19 pandemic.

Why is skateboarding so popular? There are many reasons to love this sport.

It offers the best exercise, welcomes every gender, provides an affordable way to wind down, etc. Plus, skateboarding seems to be a perfect match for the lockdown; more people turn to the sport for relaxation and escapism.